YOUR DIET AND YOUR GENES

Nutrigenomics studies the interaction between our diet, our lifestyle and our genes, especially regarding the prevention and treatment of disease.

Each of us have a unique body chemistry determined by our genes. - such that, they silent the beneficial genes that we want to activate, or turn on the harmful genes that we wish to remain silent. Epigenetics refers to environmental, dietary or lifestyle factors which can switch genes on or off.
DNA serves as the blueprint for everything about us, from our hair colour to our susceptibility to disease, our health potential and our ability to manage our weight. Genes determine the way our body responds to food, physical activity and other lifestyle choices.

Basically, the degree to which diet influences the balance between health and disease depends on an individual’s genetic make-up and dietary components can alter the way genes behave (gene expression).

This is personalized nutrition. Poor diet and lifestyle choices can influence the expression of genes we may wish to keep silent and quieten the genes we want active 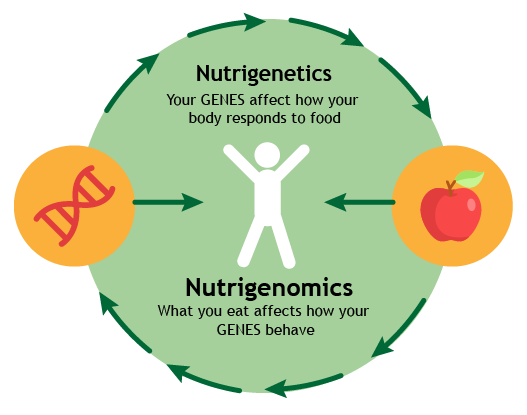 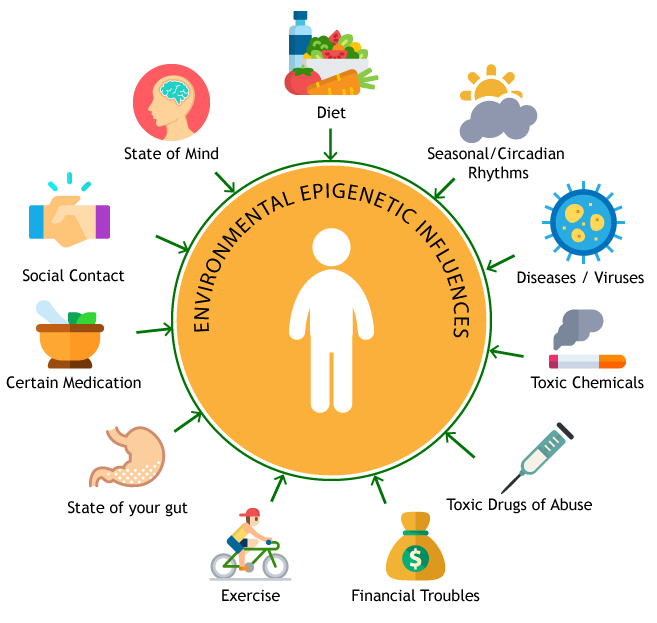 In the field of Nutrigenomics, it is the low penetrance genes that are tested. These are not predictive of disease but rather represent the metabolic pathway or system within the body; which determines how the body is geared to defend itself against disease.

Unlike genes that can be tested for a high probability of a disease (known as high penetrance genes), nutrigenomic testing creates a mapping of your genetic risk score for various pathways of cellular defense. The genes are usually a variation of a single nucleotide (Single Nucleotide Polymorphism) and hence can be influenced by the environment.

The high penetrance gene testing are predictive of disease and require genetic counselling beforehand as the environmental influence is much less (BRCA1 and BRCA2 genes are good examples of high penetrance genes that convey an 80% prediction of developing breast cancer).

There are different laboratories in SA that do genetic profiling for personalized nutrition:

If you are interested in knowing whether the medications you are currently taking are agreeing with you, the Pharmaco gene tests are highly recommended.